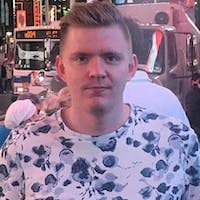 When building serverless apps on AWS today there's a couple of different toolkits available that helps you develop, test and deploy your project. Serverless Framework was the king for a long time but both AWS SAM and the CDK have been increasing in popularity lately. But which one is the best to use in a new project and what's the difference between them anyway. After all, they're all just tools to produce Cloudformation templates anyway, right?

To get an understanding of the strengths and disadvantages of each option, I decided to build an identical example application across all three and compare the approaches.

By the end of this post, I hope you'll have a basic understanding of the Serverless Framework, AWS SAM, and the CDK and that you'll be able to make an educated choice on what'll suit your next project best based on your needs and preferences.

To keep it interesting, the app we're using to showcase each framework certainly isn't your typical ToDo-app - it's a ToDont-app. A user can send a POST request to an API Gateway describing something they really shouldn't do, a Lambda function takes the ToDont-item and puts it on an SQS queue that acts as a buffer before finally another Lambda function consumes the buffer queue, pretends to do some heavy processing on the item and persists it in a DynamoDB table. 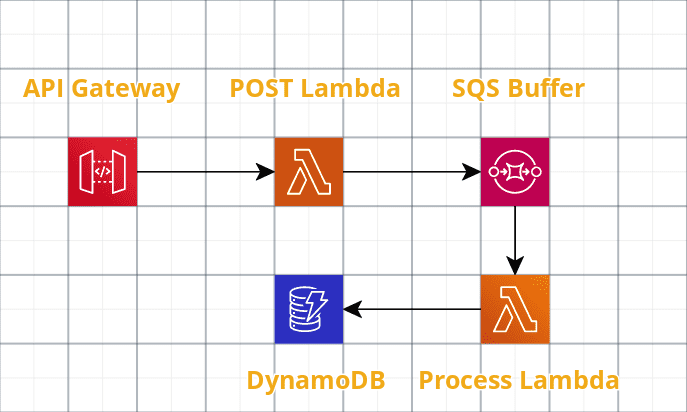 The application architecture is simple enough to easily comprehend but "complex" enough to resemble an actual app. To keep the code compact and readable, best practices and common sense have sometimes had to be omitted. All configs are complete and fully functional however and if you want to play around with the examples and deploy the apps yourself, you can find the code and the full examples here.

If you want to follow along and deploy the apps, please note the following:

Serverless Framework ("Serverless" below) has been around for a long time now and has long been the preferred framework for a large part of the community. It's a simple tool that abstracts away and simplifies many of the nastier parts of CloudFormation and comes packed with features to simplify testing and deployment of your app.

The preferred way to run the Serverless CLI is to install it as a (dev)dependency in your project by running yarn add serverless -D and then all that's missing is a serverless.yml file which is used to define your application and its infrastructure. You can find the full configuration reference here but in short, the serverless.yml consists of two parts:

Here's how the serverless.yml for our application looks.

Now to deploy our application, all we need to do is run yarn serverless deploy.

Get started with Serverless Framework

Much like Serverless Framework, SAM (or the Serverless Application Model) is a combination of an abstraction layer to simplify CloudFormation and a CLI with utilities to test and deploy your app.

Here's the official install instructions for the SAM CLI which is installed globally on your system. SAM uses a samconfig.toml file to describe information about your app, such as the name and where and how it should be deployed, and a template.yml file to describe the actual resources your app will use.

The template.yml format follows the CloudFormation template anatomy templates but with a few added fields. Let's have a look:

The configuration is a bit verbose but luckily the CLI can help you with a place to start by running sam init and answering a few questions about what your planning to build.

We can generate the samconfig.tomlfile and deploy at the same time by running sam deploy --guided.

Again, much like the Serverless Framework CLI, SAM comes loaded with utility features to test and debug your app. sam local invoke [functionName] can be used to run a Lambda function, or you can start a local HTTP server that hosts your function by running sam local start-api. You can also easily fetch the logs from a deployed function by running sam logs --name [functionName].

The great thing about separating the definition of the app and how the app is built in two different files is that the template.yml file can be written very generically so that it can be shared and re-used, you'll just have a different samconfig.toml in each project. SAM also integrates very well with CodeBuild to enable blue-green deployments.

Getting started with AWS SAM

The AWS Cloud Development Kit (CDK) isn't purely a tool for creating serverless apps, rather it's a full-blown infrastructure-as-code framework that allows you to use code, not config, to define your application.

You can install the CDK CLI by running yarn global add aws-cdk and then generate a starter project by running cdk init app --language --language typescript. There's a bunch of project configuration files and boilerplate that's generated when you run the init command but let's have a look at how the lib/cdk-stack.ts file looks like after we've described our ToDont-app in it.

The basic building blocks of a CDK application are called constructs which represent a "cloud component", whether that's a single service instance such as an SQS Queue or a set of services encapsulated in a component. Constructs can then be shared and reused between projects and there's a fantastic community that has built a massive collection of high-quality components for you to use. Having the app and its infrastructure described fully in code also means that we can write actual tests against our setup - pretty darn cool, huh?

Before we can deploy the app for the first app, we need to bootstrap the AWS environment (account & region combination) to provision some resources that the CDK uses to deploy the app. After that, we can run cdk deploy to deploy our application.

The CDK CLI doesn't bring the same utility around testing and debugging as SAM and Serverless does but it is possible to use the SAM CLI together with the CDK to help bridge the gap. There's also a newcomer on the block, Serverless-Stack, an extension of the CDK, that brings a lot of testing utility and serverless specific constructs.

Getting started with the AWS CDK

There's a lot that's happening in this space at the moment and while I think these are the three most prominent players right now, alternatives popping up left and right. Each framework has its own strengths and benefits and there's rarely a wrong or right when choosing which one will work best in your project.

Please let me know in the comments which one is your favorite and why!

If you enjoyed this post and want to see more, follow me on Twitter at @TastefulElk where I frequently write about serverless tech, AWS, and developer productivity!